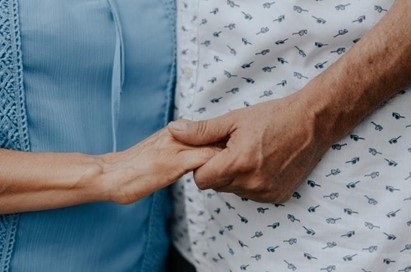 The Most Tax-Friendly States for Retirees

It is never too early to start preparing for retirement. Taxes play a significant role in our lives and an even greater one when retirement comes into play. However, before you set your retirement plan in motion, you should determine which state gives you the most of your fixed income. There are differences even among the tax-friendly states for retirees, and you should take into account these variations, too.

Tax-friendly states for retirees you should consider

When looking for the state to retire in, income tax plays an important part, but it is not the only relevant factor. It is not uncommon that some states compensate low taxes of one type by another. These are the rankings to keep in mind when searching for a specific kind of tax.

As of January 1, 2021, there are eight states without an income tax

New Hampshire will join them in three years, by 2024. Moreover, you will find no local pension income tax, federal or state tax whatsoever in

Among states without sales tax, you can count

If you plan on leaving as much as possible to your heirs and inheritors, it is also important to add that, as of 2020, six states collect an inheritance tax, such as Iowa, Maryland, Nebraska, New Jersey, Pennsylvania, and Kentucky.

Also, there are eleven that impose an estate tax, like Minnesota, Connecticut, New York, Hawaii, Oregon, Maryland, Illinois, Vermont, Maine, Rhode Island, Massachusetts, Washington, as well as Washington, D.C. As shown, the state of Maryland is the only one that levies both taxes.

In truth, states do need to collect revenue in some form and extent. However, it becomes evident that there are states that favor people on a fixed income and those that do not. Their tax policies depend on their long-term strategies as well as other sources of income. It falls to you to choose the one that suits you best.

Why is it important to factor in various types of taxes? Retirees know that every cent counts. If you go for low-income tax but end in a state that, at the same time, collects high property tax, you'll quickly offset any advantage. This makes it essential to choose the state that is as close to the top on all accounts.

It is impossible to find one that is #1 in every category. But when you draw the line, you should choose the one that allows you to keep more money in your pocket. After all, there are quite enough other retirement challenges nowadays to keep in mind. All things considered; the following ten states top the list of the most tax-friendly states for retirees

Whichever state you chose for your base in retirement, you need to establish how close you are to your retirement goals on time and how to achieve them without putting a strain on your current budget. Note that there are costs beyond taxes you should take into account. For example, if you live in Nebraska and want to save money by moving to a different part of the state, long-distance movers can help you relocate to any other part of Nebraska and enjoy your golden age. Just make sure that the cost of relocation can justify making such a move.

Being among the tax-friendly states for retirees doesn't necessarily mean the state is affordable for most of them. This is especially true for Hawaii, which has low property taxes, low sales tax rates, and doesn't levy federal, state, and local pension income tax. At first glance, it sounds like a tax haven, which it undoubtedly is. However, being an island state relying on shipping from the mainland, it taxes everything it imports, clothes and food included. The prices in total considerably negate the tax benefits for people on a fixed income.

It is essential to mention the least popular states for several reasons. This is vital as women face retirement challenges, the ones tightly following many obstacles during their years in employment. Preparing on time will ease the transition for many retirees as some states provide an exemption.

Methodologies vary, but data does not lie

When preparing for retirement, the best course of action is to ask for professional advice. You can easily explore census data from U.S. Census Bureau. However, you would need to consider numerous factors shaping the tax-friendly ranking of a state to make an educated guess on your own.

Moreover, it is vital to ensure excellent access to quality and affordable health care and remain in the relative vicinity of your family and friends. Depending on the lifestyle you prefer, you might not like the offer in a state with the best tax climate. Carefully weigh down the pros and cons, and you should land at the right spot. However, don't hesitate to ask experts for assistance if the tax and other important factors seem overwhelming.

With the help of experienced specialists, you will easily establish a plan tailored to your needs. Hence, to get the best of your golden age, you should determine how much money you will need when you retire and set up your retirement budget on time. Then, you are safe to start daydreaming about your post-work years, stress-free, in one of your favorite tax-friendly states for retirees.