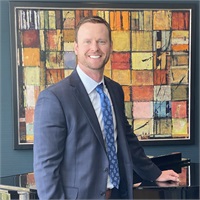 Dustin was born and raised in Cook, Nebraska and a graduate of  Southeast Community College and Bellevue University. Dustin has two associate's degrees, in Microcomputer Technology, and Networking, as well as a Bachelors Degree in Computer Information Systems in Business. After being in the Information Technology field for more than 10 years, he found his true passion in financial services.

Dustin has been in the Financial services industry since June 2015. He currently has his Series 6, Series 63, Series 65, Series 26, and Life & Health Insurance licenses.

Dustin lives in Omaha, Nebraska with his wife Ashley. In his spare time he enjoys golfing, fishing, and spending time with his family.