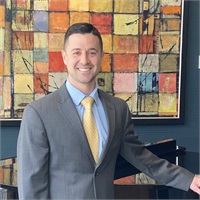 Matt was born and raised in Iowa City, Iowa and a graduate of The University of Iowa. While at U of I he received a Bachelors Degree in Economics and was actively involved in the Entrepreneurial Department of the Business School.

Matt has been in the Financial Services industry since April of 2013. He currently has Series 6, Series 63, Series 65 and Life & Health Insurance Licenses.

Matt lives in West Des Moines, Iowa with his eight-year-old German Shepherd, Callie. In his spare time, he enjoys being outdoors, attending Hawkeye sporting events and spending time with his friends and family.